Today, we'll just share what others, like our rocin' local paper, the American Press, and our engaged television station, KPLCTV, are saying about people who follow Jesus letting their lives engage with their neighbors in their city...doing God's work.  (The pictures and video at the bottom are from Good Friday at Sunlight Manor.)

Lake Charles American Press, Editorial: Doing God's work outside of church: Investing our lives in what matters most

Wednesday, April 3, 2013
In the grand scheme of matters, it was a small gesture, yet one with powerful possibilities.
On Good Friday, leaders and members of several churches gathered at the Sunlight Manor apartments and McMillan Park to help salve wounds from a tragedy. Mere yards away nine days before, three young men had been gunned down. Children in the neighborhood heard the gunfire that night and awoke to yellow police tape.
Within steps of where the trio had departed this life, these children, working alongside adults, sawed wood, hammered nails and painted three benches in memory of Jeminskian J. Arvie, 20, Jermaine Galmore, 23 and Fitzgerald Tremayne Guillory, 20.
Two organizers, the Rev. Braylon Harris of Mt. Olive Baptist Church, and Paul Pettefer, pastor of The City Church, sought to turn tragedy into triumph. They decided at a community prayer meeting two days following the shooting to produce an all-day event geared to returning joy to the park and connecting young people with adult mentors.
‘‘The wake of destruction coming from the decline is so powerful, it is sweeping over us,’’ said Pettefer. ‘‘The awful terror in McMillan Park ... like the tragedies preceding it, such as when three people were killed in one weekend in December, are signs for us to do more than just wring our hands, or say, ‘‘Somebody should do something!’.’’
Harris said besides activities such as an Easter egg hunt, tugs of war, jumping ropes and Hula Hoops, organizers wanted to inform area residents about mentoring programs like the Leader in Me and Stop the Madness that helps support at-risk youngsters.
‘‘There is one race, which is the human race, facing one problem, which is evil and destruction, with only one possible solution, which is the love of God,’’ said Harris.
He said to stop the rising ‘‘waters of violence and terror’’, it’s time to ‘‘build a levee of love, from Goosport to Graywood, one handshake, one rice scoop, one bending down to tie a shoe and this week we will do it one Easter egg, at a time.’’
The significance of such an event held on Good Friday was not lost. Good Friday is the darkest day in the Christian world when Jesus Christ was crucified. From that came the most critical day in Christianity, Easter morning when Christ rose from the grave.
‘‘We believe,’’ said Pettefer, ‘‘that a transformation of culture is what is needed in our city, and a huge part of that rests with the full-on engagement of its citizens, led by the people who belong to this resurrected Jesus, the Church, to invest our lives in what will matter forever, which is people.’’
‘‘ ... This is not just a south Lake Charles problem, not just a north Lake Charles problem, not just a white problem, not just a black problem. No, we believe that destruction like this is a King of God problem, and that the solution is that the Church united in bringing God’s overwhelming love to bear.’’
In essence, Harris, Pettefer, pastors of other churches in Southwest Louisiana and their flocks are mindful of the Bible’s Book of James which advises that ‘‘faith by itself, if it does not have works, is dead.’’
They are proof that what happens outside of the four walls of a specific church is just as important, if not more so, than what transpires inside.
This is as good as time as any for pastoral leaders and their congregations to take inventory and ask, ‘‘What works are we involved in?’’
• • •
This editorial was written by a member of the American Press Editorial Board. Its content reflects the collaborative opinion of the Board, whose members include Bobby Dower, Jim Beam, Crystal Stevenson and Donna Price.

Link to the text of the editorial: http://www.americanpress.com/AP-Editorial-4-3-13

Good Friday at the Park from the eyes of 8 year old Jeremiah! 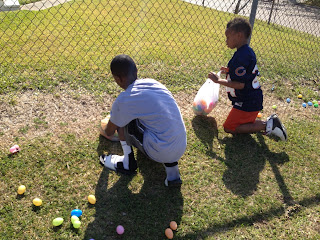 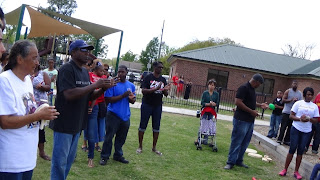 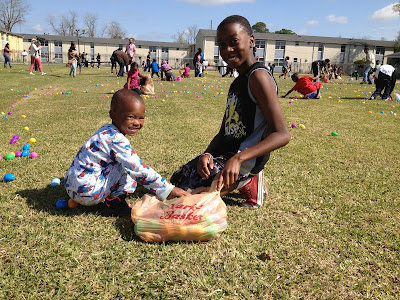 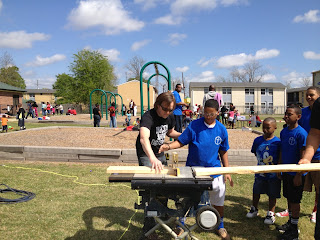 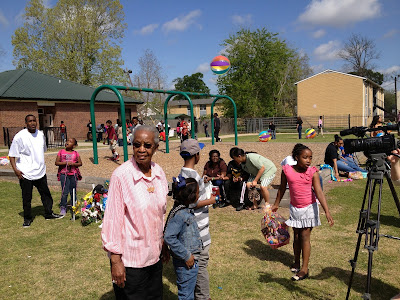 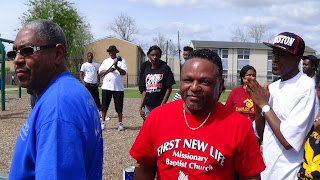 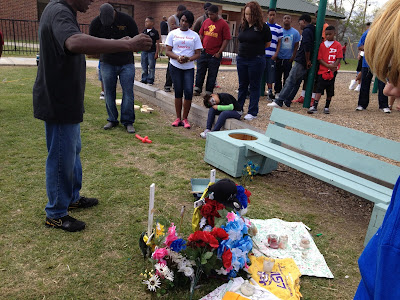 Posted by Paul Pettefer at 3:45 PM